The Guess brand was created by Maurice and his brother Georges Marciano.

The trademark history began in 1981 in the United States, when the brothers decided to open their first store. By that time Georges and Maurice had their own chain of stores in France, but were forced to move. First, the name of their company consisted of the first letters of the older brother’s name – MGA. At that time, the fashion for jeans was collapsed. Marciano used this situation to create patterns that combined European style and American fabrics. The sketches of new models were sensual and eternal. The name of the brand was born accidently: to attract the interest of the passers-by they wrote the word “Guess?” on the posters, which became the name of the brand. The word is equally easily pronounced both in French and in English, that was important for brothers who had a poor knowledge of the language.

In 1982 Morris offered a triangle with a question mark as a logo. In the new store in America, brothers presented a large collection, and the most beloved items were jeans, which Georges produced himself. Over the time, Maurice created a new collection that was presented at Bloomingdale stores and all items were sold out at a tremendous speed. 24 pairs of jeans at a price of $ 60 were sold out within 3 hours. It was a success that pepople had started to talk about. The development of the Guess brand became a family affair, and in 1982 another brother Paul joined his brothers and began to engage the brand advertising.

Paul did not use traditional studio photos, he used large black and white photos of models in provocative poses. But thanks to these ambiguous posters, the popularity came not only to Guess brand but as well to the models of these posters: Naomi Campbell, Claudia Schiffer, Anna Nicole Smith and Eva Herzigova. 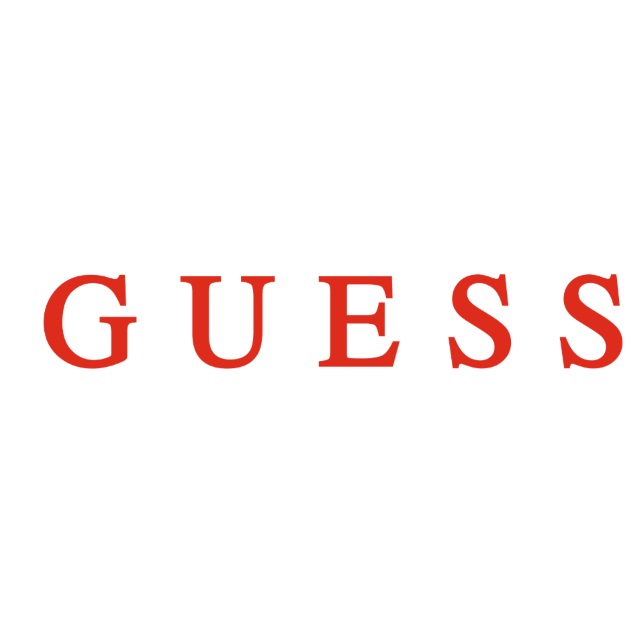